skip to main | skip to sidebar

Foucault begins this largely impenetrable lecture by describing two 'limits.' On the one hand are the limits of the 'rights' that set the formal rules regarding power, and, on the other hand, the limits of the truth--or perhaps knowledge--about power as it acts in the world. Foucault describes this as a triangle of power, right, and truth.

Foucault discusses power as it related to the rights of the monarchy or sovereign, describing how Roman Law and the developing codes and laws in the West bolstered and supported the notion of the absolute power of the king. Then, Foucault describes how his interest lay in looking at power, not from the perspective of the sovereign, but as it related to the relationships between subjects withing the 'social organism'--by which one supposes he means, society. After describing five 'methodological precautions' Foucault summarizes by suggesting that research should not be directed toward sovereignty and state mechanisms, but toward how power is used as a tool of domination by individual subjects.

Finally, Foucault describes how power changed, beginning in the seventeenth and eighteenth centuries from a means of gathering wealth for the sovereign through reappropriation or taxation, to a means of taking from subjects their time and labor in the interest of production. The truths or knowledge about power from this perspective form the foundation of industrial capitalism. The right of sovereignty and a mechanism of discipline make up the arena in which power is exercised. This arena is really developed by the bourgoisie. This created the development of a democratisation of sovereignty, especially through the mechanism of disciplinary coercion. He further describes how this might have been made palatable to subjects as democracies and representative forms of government came into being. The sovereign, in this new paradigm, was supposedly the collective group of citizens who made up those democracies and from which representatives were chosen. In exchange for this, the new power understanding required that a system of laws and norms be established to coerce productive behavior from those same citizens.

Behavior: What is the relationship of individuals' behavior to the exercise of power? What role does behavior play?

Power is used by and on individuals as part of the normal give and take within society. Power is not necessarily possessed by an individual, but is there in the codes and norms to be used by individuals, when properly positioned. Foucault suggests that power is used to coerce individuals to produce behaviors best suited to the perpetuation and health of a productive society--e.g. a capitalist economy. When power is deployed in aid of these objectives, the existing truths about power are reinforced. The behaviors that lend themselves to production ore reinforced, while the mechanisms of disipline respond to those behaviors that limit production, and thereby reduce the wealth and resources of the bourgoisie.

Decisions might be made, in the formal sense, by duly elected legislatures or other bodies. Decisions are also made, however, by each individual in society as they interact with other subjects. Again, one senses that Foucault is suggesting that even individual decisions are coercive in nature, and intended to achieve some desired outcome on the part of the individual deploying power.

Conflict: What is the status of conflict, and what is its role in the exercise of power?

Foucault appears to suggest that conflict is often worked out by appeal to formal rules and codes. This, of course, implies that those who are conflicted are also willing to subject themselves to the kinds of truths that are produced by those rules and codes. In other words--as Foucault is prone to say, with little subsequent amplification--those in conflict with one another will have to be satisfied with the remedy provided for in the law. If you want, for instance, to pluck out the eye if your neighbor (here in the United States in the early days of the 21st century) who has--for whatever reason--knocked out yours, you will not be satisfied with the results. But, having been acculturated to the truths and knowledge produced regarding power in this particular society, you are less likely to expect that result. This is an example of power producing truths and knowledge.

The interests of individuals are advanced as they work with the system, using their knowledge about power to position themselves, persuade others, and manage conflicts in their favor. This might involve, for instance, one recognizing that the law provides a forms of formal legal remedy for a certain situation, and then deploying the power available in that law in one's interest. In this instance, one might not be appealing to the power of the monarch, as one might have done in medieval times. Rather, one is appealing to the power that the collective has invested formal laws and codes with, and asserting their 'right' to do so. In much the same way, a plaintive or opposing party might easily appeal to that same set of formal rules in order to protect their interests. The system of law that has developed over time to protect the interests of the sovereignty continues to reinforce the dominant power structure, even as the oppressed turn to that system of lawto protect them, as well. When individual interests are worked out this way--within the 'system'--Foucault would likely suggest that this is one of ways in which subjects are dominated.

Moral orientation: What are the normative goals that the exercise of power aims to achieve?

Speaking of modern Western society, Foucault would say that the normative goals are those of the bourgeoisie--or perhaps those who control/own the means of production in society. The goal might be said to be the protection of a status quo that perpetuates the dominance of the wealthy and middle classes. 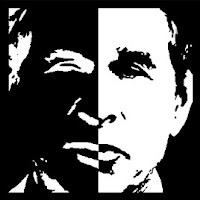 The following looks more specifically at the theory put forth by Bachrach and Baratz.

Behavior: What is the relationship of individuals' behavior to the exercise of power? What role does behavior play?
Behavior plays a critical role in understanding power in its restrictive sense. Bachrach and Baratz also support that behavior of individuals is related to power when a person limits the scope of the discussion. The authors say, "Of course power is exercised when A participates in the making of decisions that affect B. But power is also exercised when A devotes his energies to creating or reinforcing social and political values and institutional practices that limit the scope of the political process to public consideration of only those issues which are comparatively innocuous to A. To the extent that A succeeds in doing this, B is prevented...from bringing to the fore any issues that might in their resolution be seriously detrimental to A's set of preferences" (Bachrach and Baratz, 1962, p. 948). This sounds exactly like a district with which we are familiar, in that you can only participate (aka talk) in administrator meetings if you have been put on the agenda. Agendas consist of routine, logistical items like lawn-mowers and deadlines to submit documents, whereas items of potential discussion like installing video cameras in the hallways are not "discussable" items but are merely placed on the agenda to inform administrators that it will be happening.

Decision making and control: Who makes decisions and who has control? How do decision making and control function in the exercise of power?
Control is in the hands of those who can manipulate the issues to be considered, not in the hands of those who make the concrete decisions. Bachrach and Baratz contend this because decision-makers could simply be acting on agenda items that reflect “’safe’ issues” funneled to them by others with this restrictive form of power (1962, p. 948). We believe this is how many superintendents exercise control over their school boards. They bring "safe" issues to the table for school board consideration and reserve the right to personally arbitrate other decisions. This can also be seen between principals and teachers. Often committees with teachers are formed to decide relatively inoffensive things while more substanative decisions are made without discussion. These actions give power.

Conflict: What is the status of conflict, and what is its role in the exercise of power?
It seems that power in its restrictive sense is about avoiding conflict. Bachrach and Baratz note that there is power when one works to “limit the scope of the political process to public consideration of only those issues which are comparatively innocuous” (1962, p. 948). In addition, Bachrach and Baratz point out that "to the extent that a person or group - consciously or unconsciously - creates or reinforces barriers to the public airing of policy conflicts, that person or groups has power" (1682, p. 949). An important aspect of the previous statement is the "consciously or unconsciously" part because it supposes that power exists even if it is not consciously recognized as power. Is this a dangerous form of power? If an action is not recognized as power it may not be questioned or challenged.

Interests: How are individuals' interests advanced? Protected?
Individuals with power have their interests either advanced or protected by the ability of the individual to prevent others from even bringing up any issues that might result in decisions that go against their preferences. On the other hand, individuals without power (or with less power) are blocked from advancing their own interests out of self-preservation. Bacharach and Baratz describe a professor who is ready to bring up an issue at a meeting but chooses not to at the last moment because he recognizes that it against his self-interest to raise an issue that may not have wide support and that would be nearly impossible to address given existing structures.

Here is a link to the article. We look forward to having a dialogue about this article.

http://lewisorgtheory.pbwiki.com/Power
Posted by vanguard at 10:06 AM No comments:

Please post what you have learned from your article on organizational discourse here. Be sure to provide the author and the title as the title of the post so that your colleagues can easily post their responses to your original posts.
Posted by Bruce Law at 3:19 PM 10 comments:

Please post what you have learned from your article on power here. Be sure to provide the author and the title as the title of the post so that your colleagues can easily post their responses to your original posts.
Posted by Bruce Law at 3:18 PM No comments: